On Demand Spotlight: The Big Lebowski

It’s hard to believe it, but way back in 1998 not many people went to see The Big Lebowski. No, audiences were more interested in young Leo and Kate in Titanic (which had already been playing for months) than a slacker called “The Dude”. 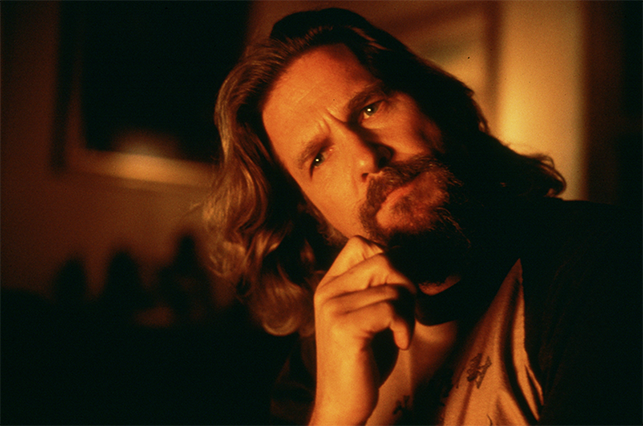 Fast-forward a few of decades, and the shadow of Lebowski looms large. Its cult-classic status is assured, people still ask Jeff Bridges about it to this day, and there are even multiple Lebowski festivals across America.

Why is it so enduring? We think it’s because of two quite different reasons: Firstly, with its character-based humour, its endlessly quotable lines and a lovely and hilarious performance by Jeff Bridges, it’s one of the few comedies that stands up to repeated viewings.

Secondly, its plot is convoluted and satisfying, and becomes even more so when it’s re-watched. Inspired by the writings of Raymond Chandler (specifically The Big Sleep), it’s a tale of “the laziest man in the world,” Jeff Lebowski (aka “the Dude”), who’s dragged into solving a kidnapping case when he’s mistaken for another man, also named Lebowski.

Along the way, the Dude meets a surrealist artist (Julianne Moore), bad-tempered nihilists and their angry rodent (one of whom is played by Flea from the Red Hot Chili Peppers), a sleazy filmmaker named Treehorn and an assortment of other oddballs and low-lives.

Few comedies are as cinematic as The Big Lebowski, but the Coen Brothers take great care in their bowling scenes, showdowns and fantasies. It has a vibe and a look all its own – all gold-hued California, tacky interiors and memorable props (from a sleazebag’s favourite bowling ball to a rug that “really tied the room together”).

This is probably Jeff Bridges’ defining role. Relaxed, shaggy, dryly funny and very lovable, it’s a character that fits the legendary actor like a cosy old cardigan. (Along with a goatee, shades, shorts and flip-flops, a cardigan is part of the Dude’s uniform throughout the film.)

In fact, the film is filled with memorable characters and performances: John Goodman as a short-tempered Vietnam veteran, Tara Reid as the cheeky Bunny Lebowski and Sam Eliot as the deep-voiced Narrator to name just a few.

The Big Lebowski is more than a film. It’s a journey. And it’s one we think you’ll return to many times.

Is this … Is this a weekday?

The Big Lebowski is now available to stream on Virgin TV.