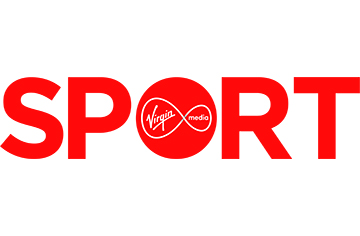 Will you be… the Chosen One?

Monday, 11th February, Dublin:  Love football and love your friends! Virgin Media TV customers will be able to share their love of football with a chosen friend by gifting them a month’s free access to Virgin Media Sport through the Virgin Media TV Anywhere App - so they too can be at the heart of the game and the upcoming UEFA Champions League knockout stages.

Virgin Media is sending a unique code to all TV customers. All they’ll need to do is send that code to their chosen one for access to the Virgin Media TV App, with no strings attached.

Paul Higgins, Director of Consumer, Virgin Media said, “Virgin Media is Ireland’s home for top class European football and now even more fans can join in over the coming months, absolutely free. Our customers are going to be popular with their friends and family. Your chosen one could be your best friend, a family member, an in-law, neighbour or simply someone you know who loves football. With the UEFA Champions League knockout stages fast approaching, we wanted to give all sports fans this fantastic opportunity to share the joy of the game.”

“Discover more Virgin Media goodness on Virgin Media Sport with rights to all the UEFA Champions League and UEFA Europa league matches and live rights to over 400 European matches per season.”

Some great battles await between some of Europe’s biggest teams with Manchester United going up against Paris Saint-Germain on 12th February and Liverpool taking on Bayern Munich on 19th February. These are just a few of the nail-biting clashes to come in the knockout stages and fans can also look forward to UEFA Europa League clashes including Celtic v Valencia and Chelsea FC v Malmo.

Virgin Media Sport and the Virgin TV Anywhere app is available to all Virgin Media TV customers at no extra cost, allowing them to watch all the live sport they want, whenever and wherever they are.

Virgin Media TV customers will receive an email from Virgin Media prior to the 12th February letting them know they can gift access to Virgin Media Sport which will contain a unique code and a customer friendly URL.

Virgin Media TV customers can then share the code and the URL with the chosen individual by clicking on the main offer link in the email or they can share the info contained inthe email via third party communication channels also.

The chosen individual will then receive the unique code and is directed to the landing page via the shared URL where they will enter the code and proceed with the purchase via Virgin Media’s product ordering processing portal.

For more info on this offer, head to http://www.virginmedia.ie/giftsport