Amy Cunningham from Dunlavin, Co. Wicklow, won a Future Makers Award at this year’s CoderDojo Coolest Project Awards, sponsored by Virgin Media and its parent company Liberty Global.   Amy built a special beehive called Amy’s Buzzy Hive, which monitors the activities of bees, using sensors and a special software. Her project was selected as a winner among 1,000 projects developed by young people from 17 countries. She is a pupil in Scoil Nioclais Naofa National School in Dunlavin.

The inspiration for Amy’s project stems from her concern that bees and our food sources are under threat - as much of the world’s food production depends on pollination by bees. Her creative invention provides data which could help to save bees from extinction by knowing better how they are getting on in the hive and monitoring the quality of their honey production (a key sign of bee health).

Anna Maria Barry, head of public relations at Virgin Media said, “This is a very impressive project by Amy which shows the fantastic creativity and thoughtfulness of our young people in Ireland.  She has demonstrated a very caring and conscientious approach to environmental concerns and to the future of one of the world’s most important insects, the honey bee.”

“Liberty Global and Virgin Media are proud to have once again sponsored the Coolest Projects event organised by CoderDojo. In the competition, young coders are invited to identify a social issue, create a solution and make a better future.

“The awards aim to celebrate digital solutions that answer society’s most pressing challenges by encouraging young people to take an active role in their communities. The initiative is part of Liberty Global's flagship programme called ‘Digital Imagination’ which focuses on empowering positive change through technology.”

More than 15,000 people attended the impressive event in Dublin’s RDS where Future Makers Awards were presented to young people who use technology to make the world a better place, with 1,000 projects developed by young people from 17 countries.

CoderDojo’s Coolest Projects is a world leading showcase that inspires the next generation of digital creators, innovators, change makers and entrepreneurs. ​The CoderDojo ​Coolest Projects Showcase offers young people from the international CoderDojo Community the opportunity to present the projects they have created at their local CoderDojo. It is both a competition and exhibition to showcase, inspire and enable innovation, creativity, entrepreneurship and technology skills in youth innovators aged 7 – 17. 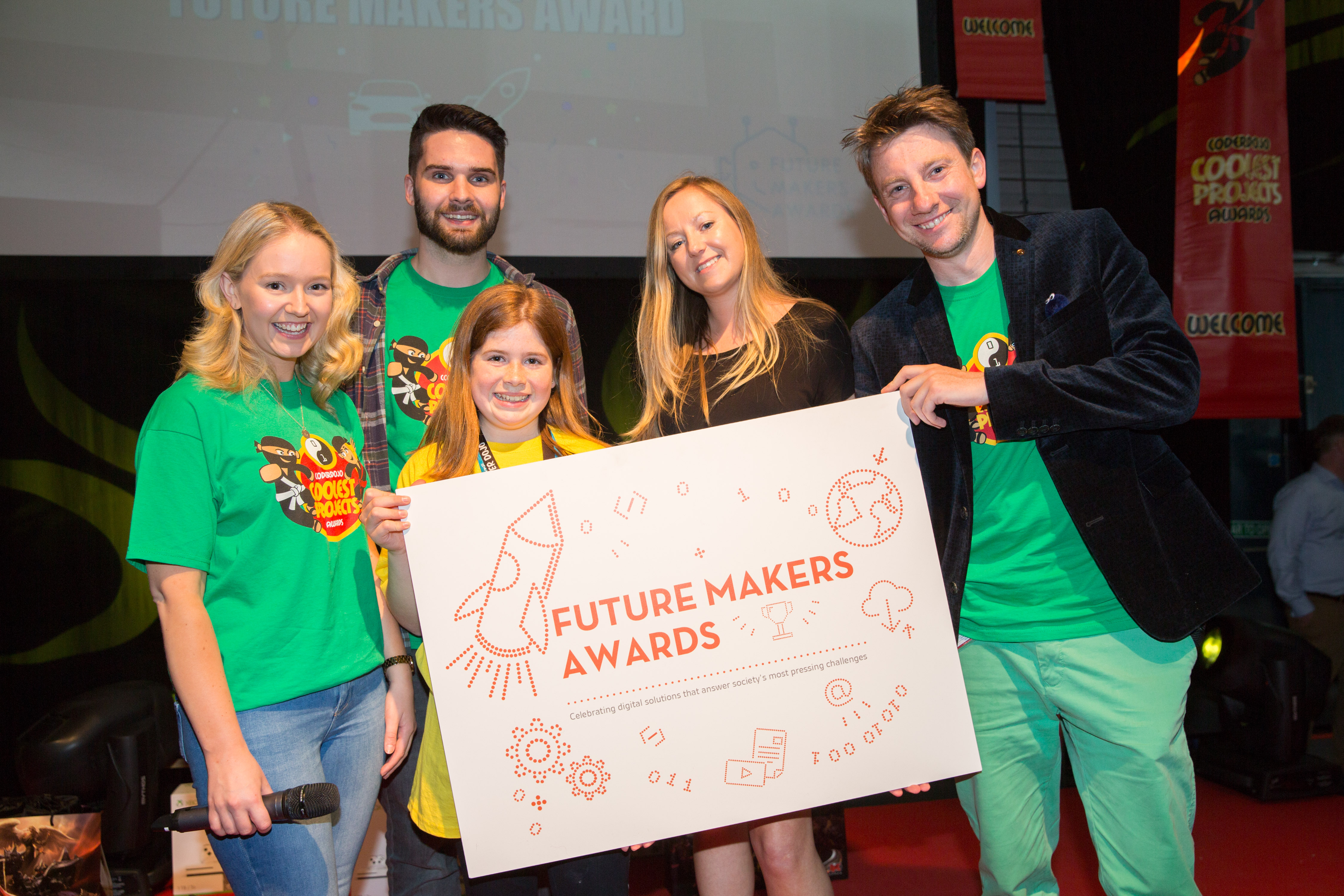